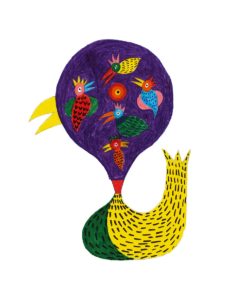 Everything started in the home garage, with friends and family, experiencing the « game » of brewing beer…  growing the idea of crafting beer, the « game » grew, became a dream and a life project.

At the end of 2014, with hard work and sacrifice, the small plot of land became a 53-hectare farm and finally the brewery started its production, always with friends and family, never forgetting the atmosphere of the old home garage and the desire of being together and brewing beer.

In February 2015, the restaurants, pubs and shops that believed in the Oltremondo project started to offer the first Oltremondo beers: Maesa, Ventora, Mamana, Rola, Blugla and Nuzziale. In the same year, the Oltremondo farm stated its conversion to organic farming.

In September 2017 we held the first « Oltremondo in festa » event: a successful annual party full of music, food, fun and lots of beer in pure « Farmer Style ».

The future is open, this is just the beginning!!

where our beers born

the history and the « otherworld » in legends

«… In Oltremondo (Otherworld) there is only happiness, peace and beer flows in rivers»

In the Celtic legends, «Oltremondo (Otherworld)» is an hidden fairy land, where creatures live in symbiosis with nature…

«Farmers everywhere in the world are at root the same farmers. Let us say that the key to peace lies close to the earth»

We call ourselves Farmer Brewery because we believe that only by going back to a life in contact with nature, just like the farmers in the past, it is possible to find the hidden way to reach this fantastic land: Oltremondo (Otherworld).

The Hot Air Balloon is a symbol that men can achieve extraordinary things, such as flying, from simple things and trust in nature.

from the land to the glass

From the land to the glass, to give an emotion.

From barley to malt (beer fundamentals)

Everything starts from the land. In our farm, we grow couplet barley and after the harvest we give it to the COBI co-operative (« Italian consortium of barley and beer producers »). Here the best barley is selected and malted.

After the malting process, we collect the malted barley to brew it in our brewery. This is the basic ingredient of our beers.

Today 85% of the malts we use come from the agricultural supply chain of COBI co-operative.

The emmer wheat comes from the agricultural supply chain of local organic farms.

The hop (the equilibrium of taste, flavour and bitterness)

Today most of the hops are selected amongst the best on the market, but since 2017, we have established a collaboration with the agricultural university of Tuscia in Viterbo, in order to cultivate foreign varieties and develop native varieties directly in our farm.

The first result of this collaboration is the Mamana Fresh Hop.

We enjoy experimenting with particular and sometimes unusual ingredients to custom our beers. All the ingredients we use are of high quality and are related to our territory and traditions.